5 Korean Superstitions You Should Probably Know About

5 Korean Superstitions You Should Probably Know About 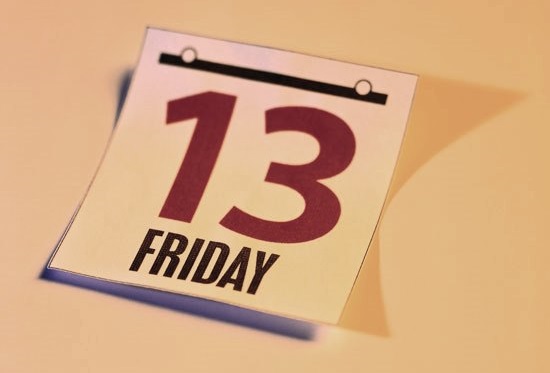 Sound strange? Every culture in the world has odd and unique superstitions and Korea is certainly no exception.  Here are 5 Korean superstitions that you probably weren’t aware of.

1.  Giving footwear (shoes, slippers, boots) as a gift to your loved one.  Koreans believe that receiving shows as a gift will kill the relationship.  The person in the relationship who receives the shoes will ‘run away’ from their significant other.  Are you in an awkward relationship with a Korean girl or boy?  Give them a pair of new shoes to end the relationship quickly and painlessly!

2.  Four (4) is the number of death!  Do you live on the fourth floor of an apartment building?  You better move soon or suffer the ultimate consequence…death.  Or maybe not.  Although Korean’s fear the number 4 similar to how western cultures fear the number 13, the reasons behind their hatred for the dreaded number are a little different.  The pronunciation of the word death and four are pretty much identical in Korean (both words are pronounced ‘sa’ or ‘sah’).  Counting to 5 in Korean goes something like this: one, two, three, death, five.  Because of the pronunciation similarities many Korean buildings skip the 4th floor (i.e. the 5th floor comes after the 3rd floor).  Does this mean Korean apartments on the 5th floor are cheaper?

3.  Do you dream of pigs at night?  You could be on your way to a wealthy future!  Korean culture believes that seeing pigs in your dreams will bring good luck with money.  Does seeing more pigs signify greater wealth?  Good question, we’ll need to ask around for clarification.

4.  Want to kill someone discreetly?  Write their name with a red ink pen!   Another deadly Korean superstition is writing a living person’s name in red.  Traditional Korean culture uses red to write the names of the dead and doing the opposite (writing the names of the living) is a big no-no and considered very unlucky and potentially life threatening.  I wonder how many Korean’s have tried killing their foes by repeatedly writing their name in red, unfortunately we couldn’t find any statistics on the subject.  If you’re teaching English in Korea then we strongly discourage you from using a red pen at school.  If you mistakenly write a student’s name in red they may assume you want them dead.

5.  Moving on certain days may bring evil spirits along for the ride.  Many Koreans believe that moving to a new home or apartment must be done on a specific day of the month.  Many Korean moving companies even post ‘good moving days’ and ‘bad moving days’ to move on their websites.  The reason behind this odd superstition is quite unique.  It’s believed that evil spirits or uninvited house guests from the afterlife may follow you to your new home if you move on certain days.  Thankfully there’s an easy solution to this problem, speak with the moving company in advance to determine what days have the least chances of the undead hitching a ride to your new apartment.

If you’re coming to Korea then consider yourself warned!  Avoid gift wrapped shoes, stay clear of the 4th floor in buildings, check the dates before you move, abstain from using red pens and if possible, try to dream of pigs at night!