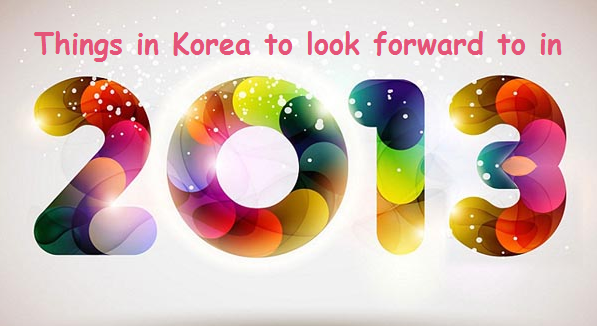 Things in Korea to look forward to in 2013

Psy – It’s safe to say that most young people know who Psy is…’that dorky Korean guy with the brilliant Gangnam Style video that racked up a billion YouTube hits’. Now that Psy has international attention, and unlimited financial backing, it will be interesting to see what he does in 2013. Will he be a one hit wonder (the world’s biggest one hit wonder) or will he come back with another catchy tune that’s backed by a stellar music video. For entertainment sake we hope the latter.

North Korea – A recent New Year’s address by the young North Korean leader signaled a potential olive branch to the South in 2013.  Unfortunately the North tends to make bogus promises regularly so the South is obviously viewing the comments with a grain of salt.  Will North Korea lighten up in 2013? We sure hope so!

Korea Grand Sale – Everything’s on sale!!!  Like shopping?  Well Korea’s planning a country wide grand sale in 2013 that will see more than 85 major companies and 24,000+ stores participating…wow!  The grand sale will take place throughout Korea’s major tourist areas, including Seoul, Busan, Jeju Island, etc., and will have discounts up to 70% off.

K-Pop – As Korean pop culture continues to explode throughout Asia and into western culture many eyes and ears will be eagerly waiting for the ‘next big thing’ out of Korea. Who will dominate the Korean and international billboards in 2013?  We’re not sure but there will surely be countless K-Pop groups competing for to top spots.

Samsung Galaxy S4 – For all those tech geeks and latest gadget craving fashionites out there Samsung is already preparing for the release of its next Galaxy S phone, the Galaxy S4.  It will be interesting to watch Apple and Samsung battle it out again in 2013.  More law suits from both sides are immanent as both companies will continue to compete for smart phone supremacy.

Korean Market Bounce Back – Like most countries who took a hit with the global recession a few years back South Korea still hasn’t fully recovered. Will 2013 be the year Korea takes a big leap forward? Initial estimates put expected growth in 2013 at 3.3 percent but recent forecast revisions now expect growth to fall closer to 2.0 percent. Hopefully the initial estimates materialize – fingers crossed.

Korea to Host Special Olympics – Pyeongchang is going to host the 2013 Special Olympics World Winter Games.  This is great international event that will draw more attention to people with special needs in Korea.  We wish the athletes and game organizers our best!   http://www.2013sopoc.org/hb/en

Female President – South Korea will inaugurate the countries first female president in 2013!  We’re happy to see a female leader in Korea and look forward to seeing what she’s able to accomplish for women’s rights in Korea and the country as a whole.